Hi, my name is Rick Billings...

I've been an entrepreneur since 1985 and have only had two careers.

My first career I owned and operated a professional portrait studio and my second career I'm a professional network marketer. I'll tell you more below. 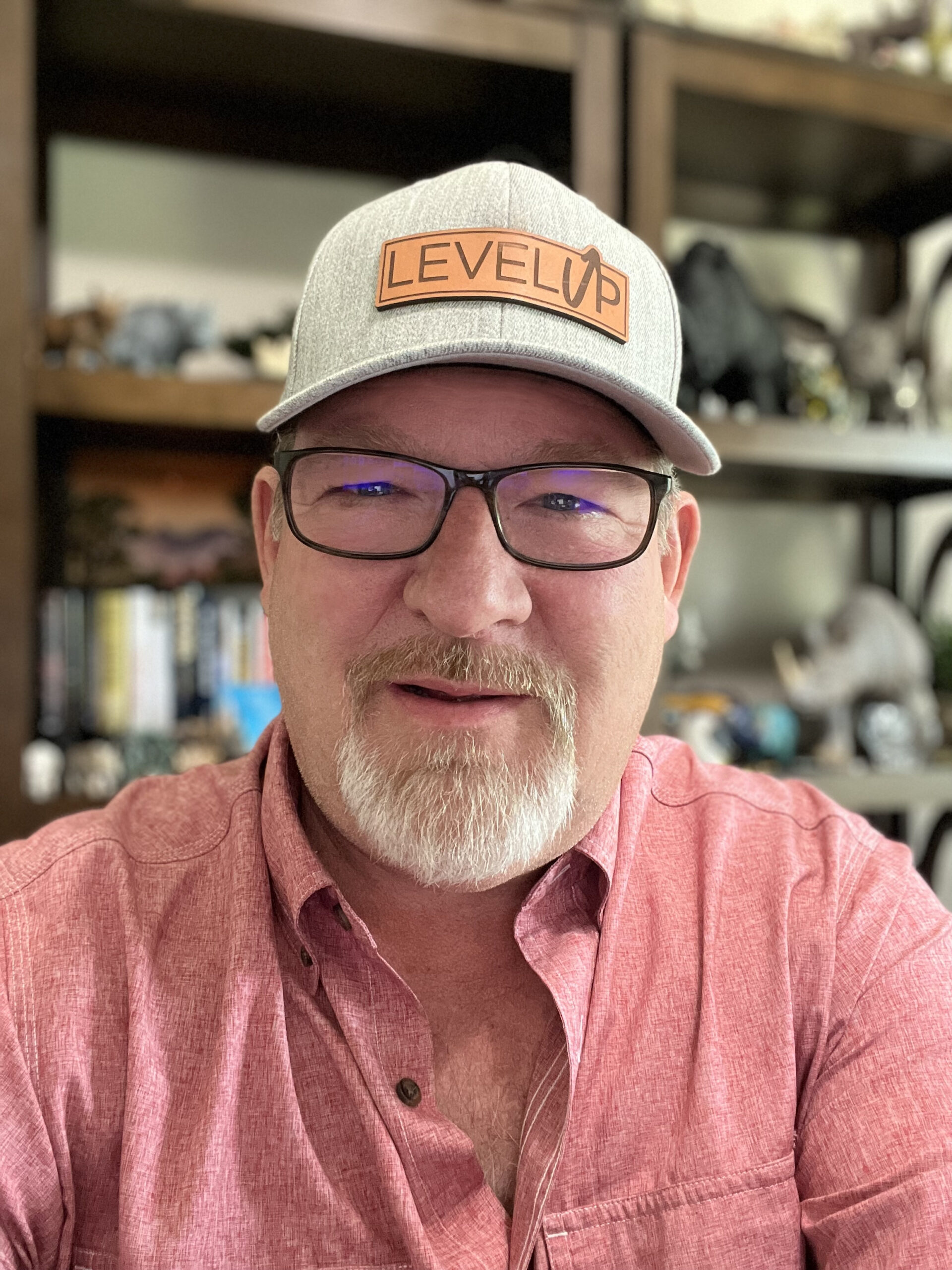 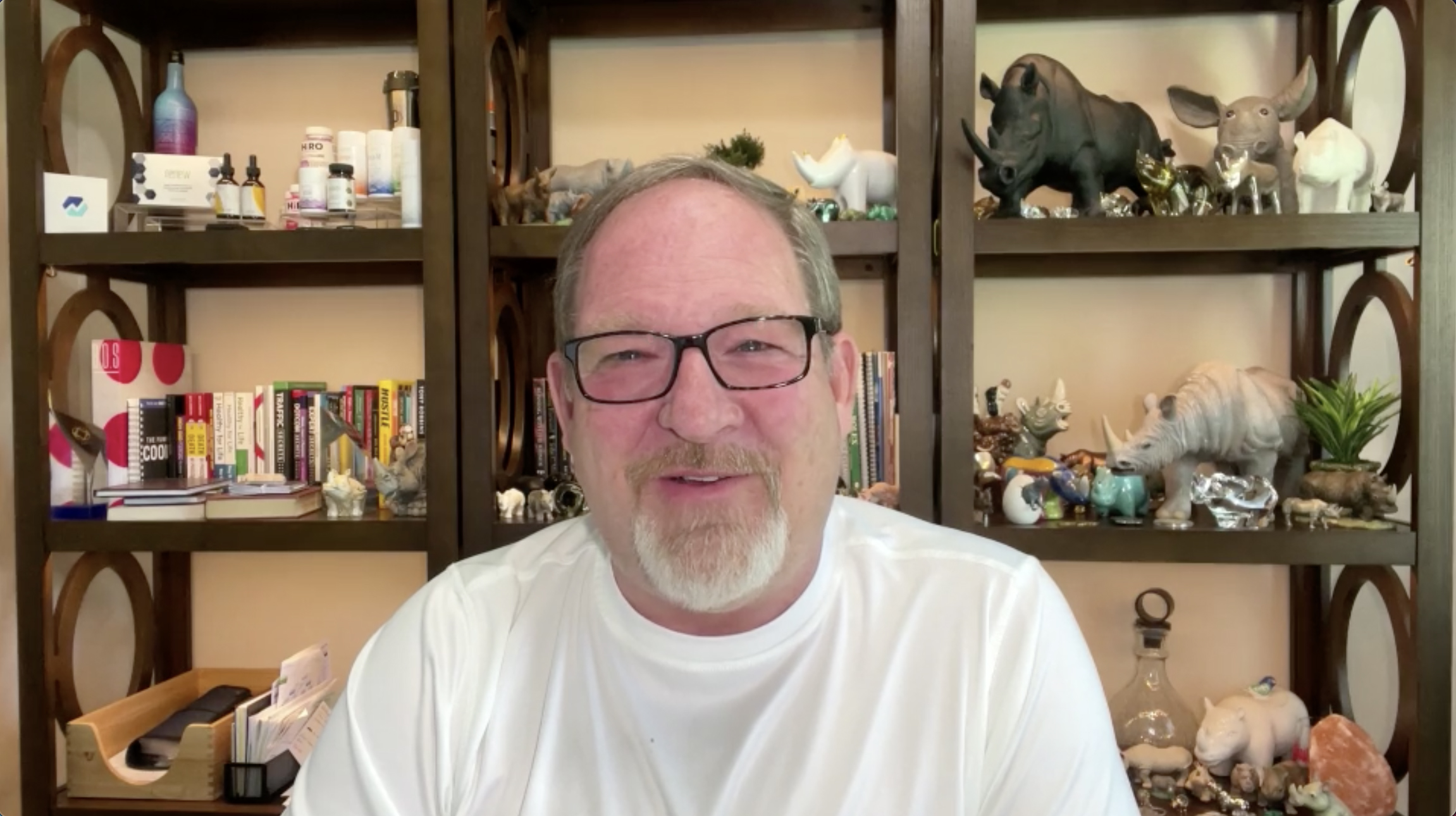 In 1983 I had earned my Masters Degree is Photography working for my mentor Les Hassel in Bellevue, NE. Then in 1985 we purchase a studio in West Omaha and had a successful photography career for many years building one of the largest studios in the midwest. In 1995 I became one of the first photographers in the world to use a digital camera in our studio. That camera was $30,000, made by Kodak for NASA...but I had a vision!

It was 1997, I got involved with two other partners and we started a Youth Sports photography business online. Yes, we were an early adopter of digital technology and things were going great until the dot com bubble popped in 2000 and the 3 of us lost $5 million dollars. I had moved the family from Omaha to Pittsburgh, PA to build that business while still owning our studio in Omaha. After 5 years in Pittsburgh we moved to Orlando in 2002.

When that venture went bad I started to look for how I could regain my wealth and found the power of leveraged residual income. Yes, residual income through Network Marketing. After reading and studying many books I knew that was the only way to regain my wealth. It would have been much tougher to restart my photography career all over again. At our peak in our studio in Omaha we had 27-employees and I knew I did not want that again.

So, in 2006 I started building my Network Marketing business. Yes it's had its challenges in the beginning because people DID NOT understand the power of residual income. Residual income has been around forever...that's how most of the wealthy people got that way. Leverage residual income is how most business today use laborers to create wealth for their company.

Now it's July 2011, 5 years in to the business and six executives leave the company I was building. Needless to say I was very curious why they left. They explained that they were ask to do things that were unethical and decided to leave that company and start a new network marketing company to change the industry. After hearing their vision I decided to leave my first company and join them. That was the 4th July, 2011...and we are still enjoying a great ride, and feel it's only just begun.

Fast forward to December 2020 and our company has bought 4 other companies and and just did a reverse merger with their fifth company and now are publicly-traded on the Nasdaq.  We're now about $450 million in sales, selling and shipping into 80+ countries with over 80 uniquely branded products.

Make sure you go to the next page and see my business overview video so you'll understand how big this opportunity really is.

In my opinion residual income is the fastest way to create financial freedom. There are over 60,000 people per week internationally discovering that everything they really want in life can be obtained by owning a home-based business, in the network marketing industry and create leveraged residual income.

As your mentor I'll show you, help you, and teach you how to teach others to do the same. Yes, that is leverage and we'll all create residual income together!

To your success,
Rick

P. S. From January 2019 for 3 years, we sold our house in Central Florida and went RVing across North America in a 44-foot Newmar motor coach and still built our network marketing business while enjoying life. 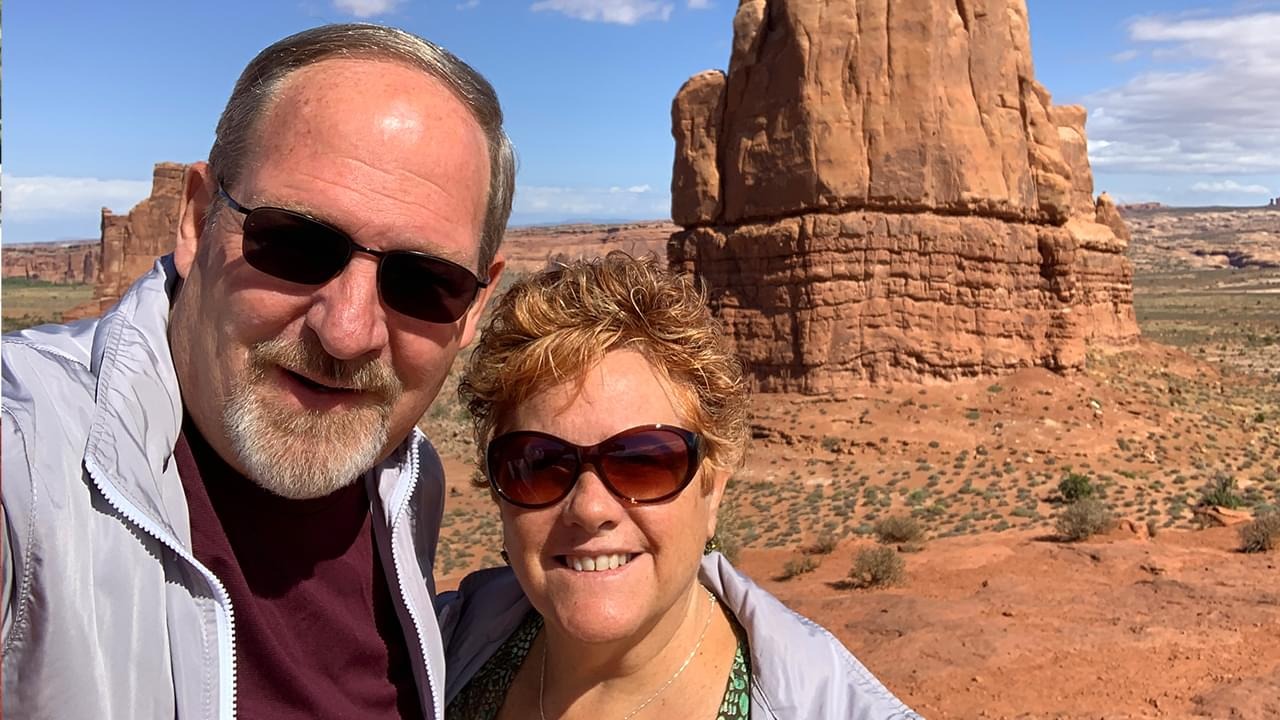 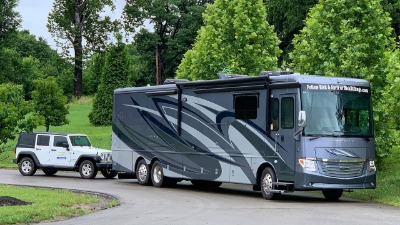 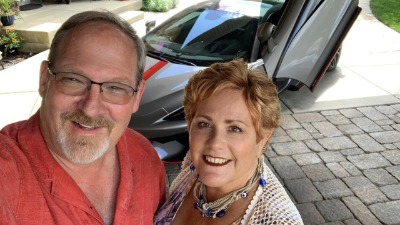 — #1 Product Salesperson in Company 2015, 2016 & 2017
— One of the top 10 product salesperson since 2011
— 2015 Personal Development Award Recipient
— Self-employed Entrepreneur since 1985
— Built & owned million-dollar businesses
— Experience in Network Marketing since 1985
— Expert in online marketing & website development
— Huge fan of creating marketing systems like this one

On the next page I've recorded a business overview video... 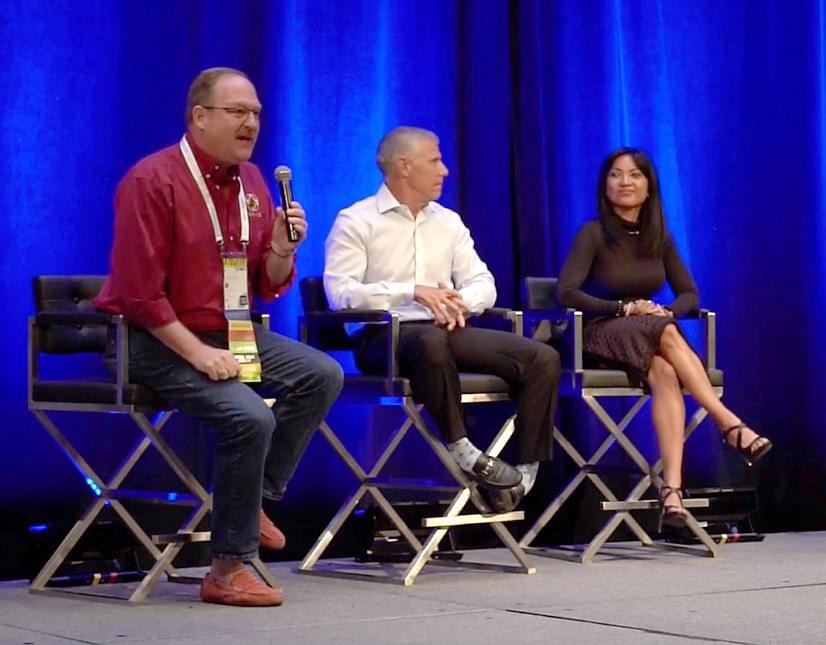 My goal is to mentor you and help you reach your financial goals. I've developed a training platform outside of what our company provides to all Brand Partners that will allows you to grow as fast as you desire and I will be there every step of the way to train and assist you! ~Rick

I've been wanting to send a personal thanks to you, as I greatly appreciate all your help!!! Just heard you on the President's Call and love how you contribute on our company calls. Thanks, Much! ~Heidi

Hello Rick, it's Debbie from Canada. First, want to thank you for your great videos on YouTube as they helped me and many of team members understand the comp plan, etc., and more. And, we are really looking forward to working with you!

I am one of the top leaders in Australia who has merged with your company. Just wanted to say a big Thank You for all of your amazing training. It really has been so useful to all of us here in Australia! ~Nikki

Day before Thanksgiving and just wanted to share how grateful I am for Rick and this group. I have learned so much here. Rick is a true servant leader who helps and supports everyone on his team. Plus I have met some amazing friends here! ~Melodieann

Rick video presentation you did is fantastic! If I could hug you from here I would. You covered everything. This video alone is enough for anyone to make a clear decision. I tell you; you don't understand what this little time I have spent with you has already done for my team and I. ~Ifeoma N. 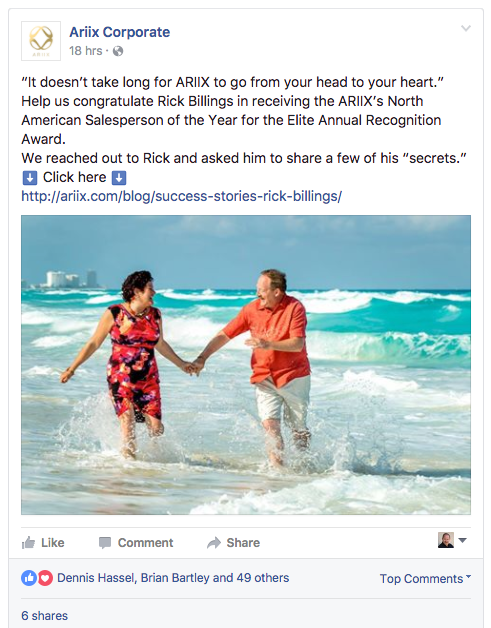 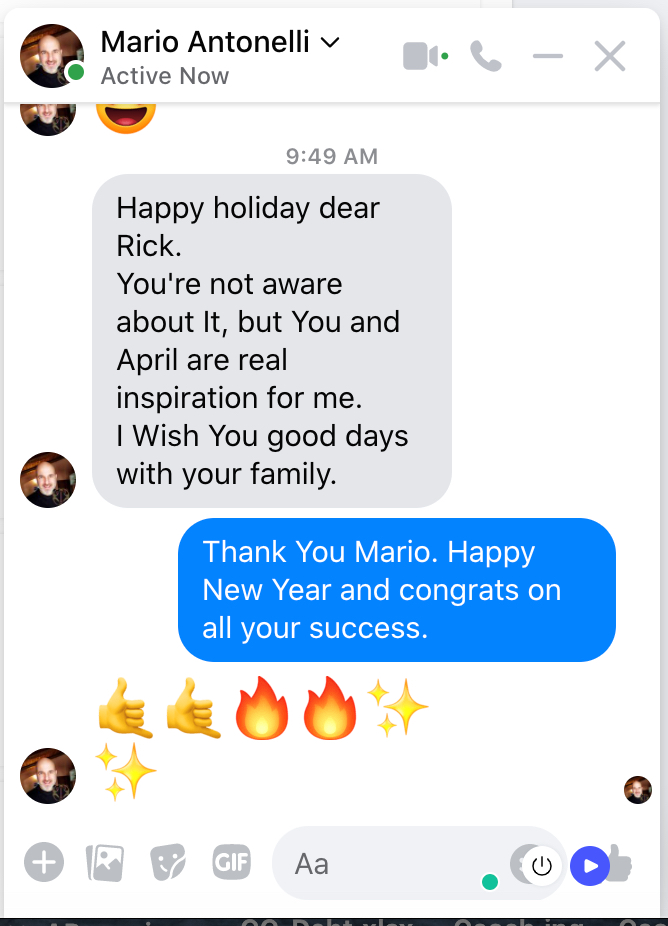 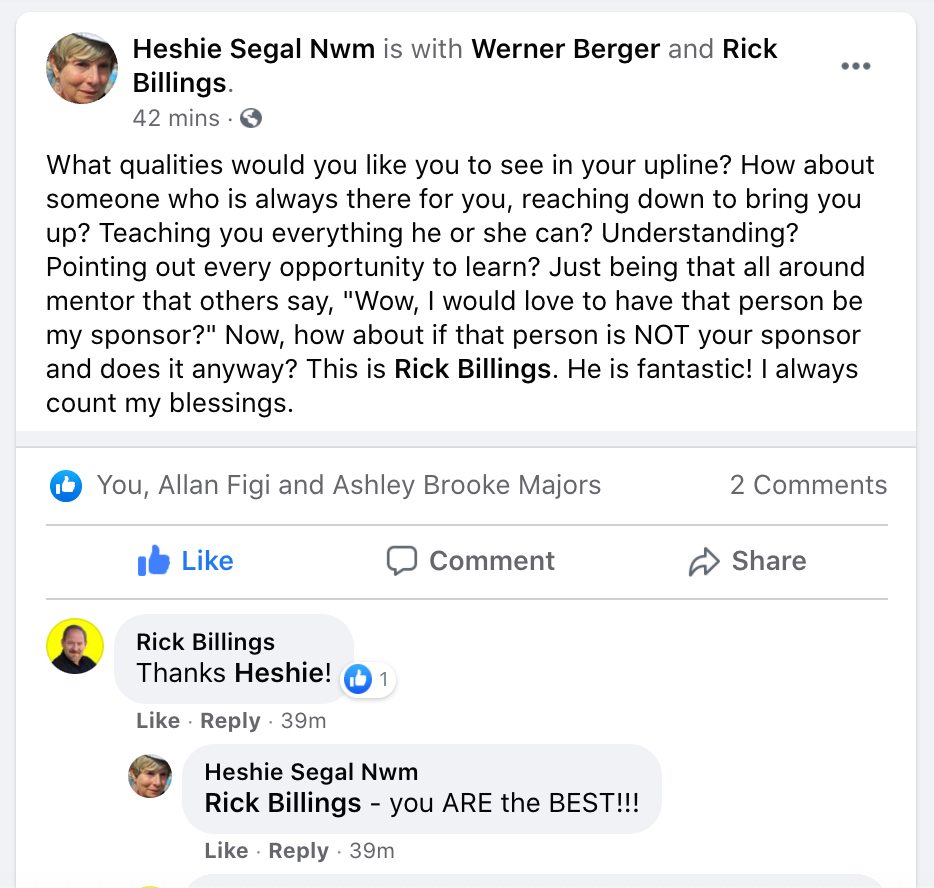 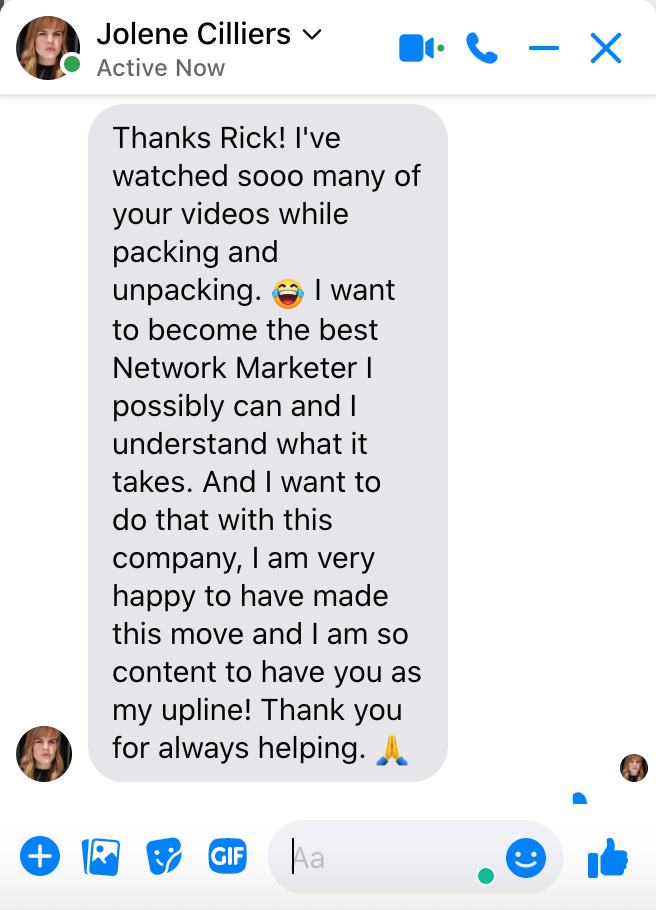 YES Rick, I Would Like To See Your Business Overview Video!

There is NO cap on how much generational residual income you can earn with our company!

Brought to you by an independent brand partner.